The set of the 2000 film, “The Beach” starring recent Oscar winner Leonardo Dicaprio, Maya Bay is set between large protruding cliffs that envelope the bay’s jaw-dropping beauty. Located on the island of Phi Phi Ley, the bay is hugely popular with holiday goers, and the hours between 10 am – 4 pm can be particularly congested, as such we recommend going outside of those hours to avoid prime time tourist traffic. This excursion also includes other parts of Phi Phi Ley, such as the magnificent emerald green Phileh Lagoon. The lagoon is surrounded by limestone cliffs and offers the opportunity to jump off the boat and have a relaxing swim among the vast natural Thailand beauty. Next is snorkelling in Loh Somah Bay, which is connected to Maya Bay by a passage through the rocks. This bay slopes down to 30 metres deep on the outskirts of the bay which help show off its impressive fish population. The last or first stop depending on the tide (only open during low tide) will be Monkey Beach where you will be able to feed some of the simian inhabitants. Be wary, though, as they appear to be quite tame, but are still wild animals and can be unpredictable. If you choose to hire a longtail boat, you will also be able to visit the marvels of Moo Dee Bay, go swimming with sharks in Shark Alley, visit the village at Loh Bagao, and take a trip to Bamboo Island. 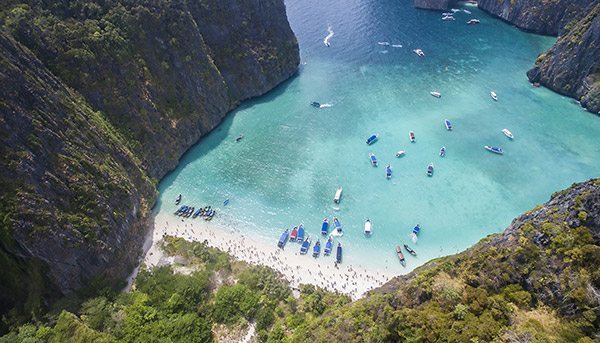 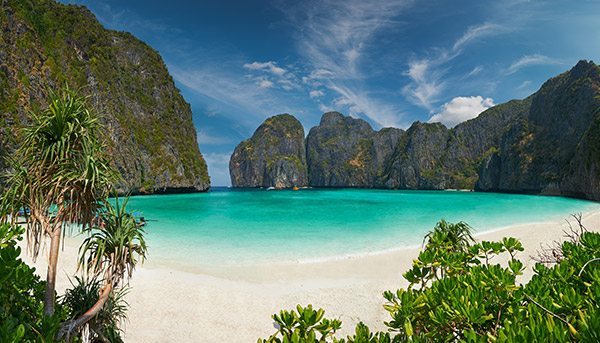 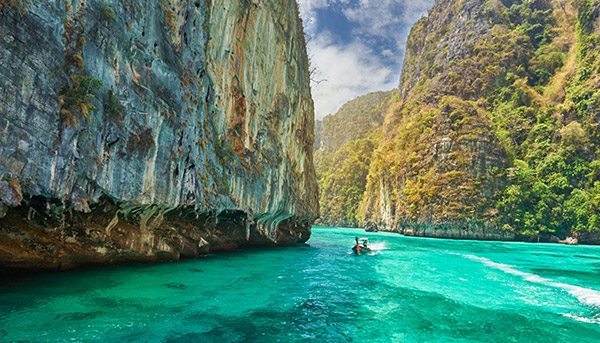 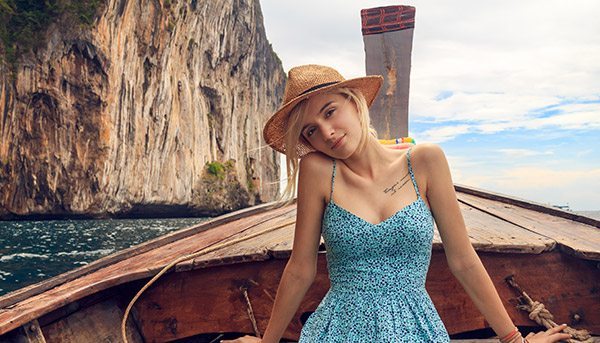 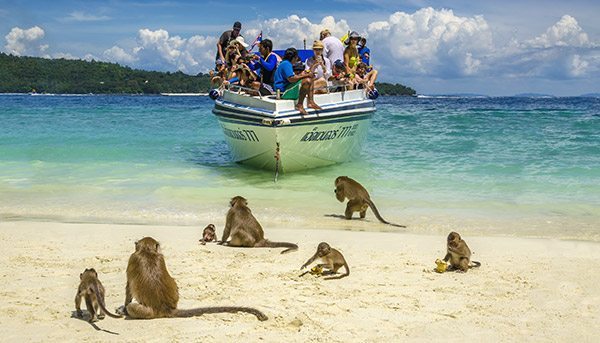 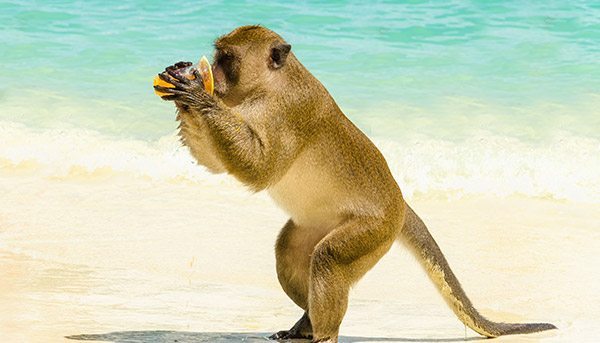 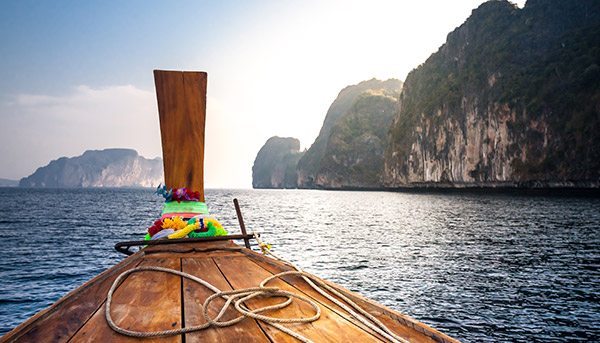 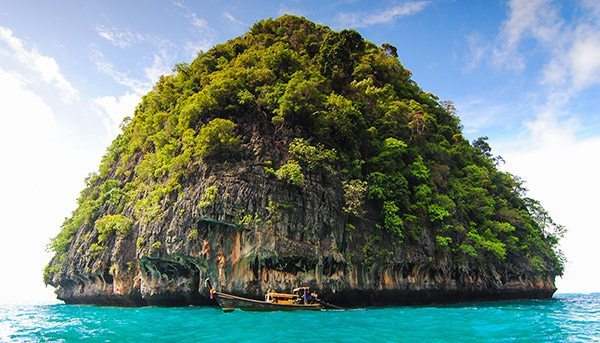 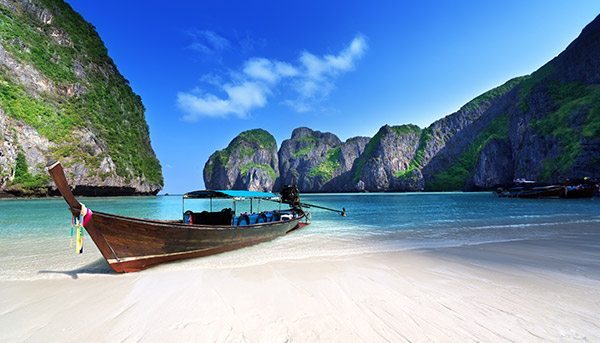 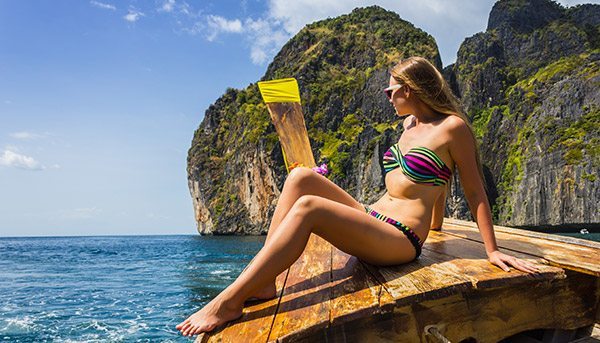 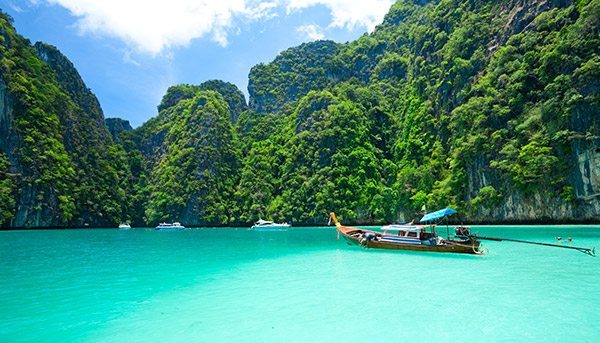 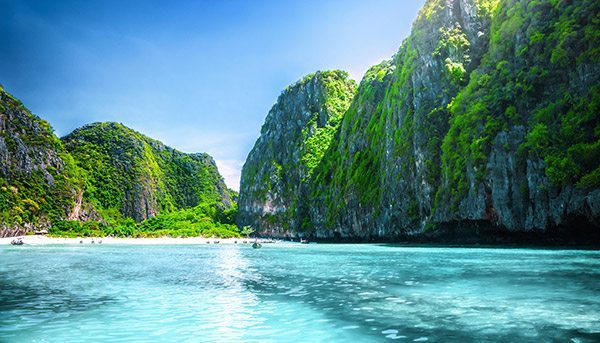 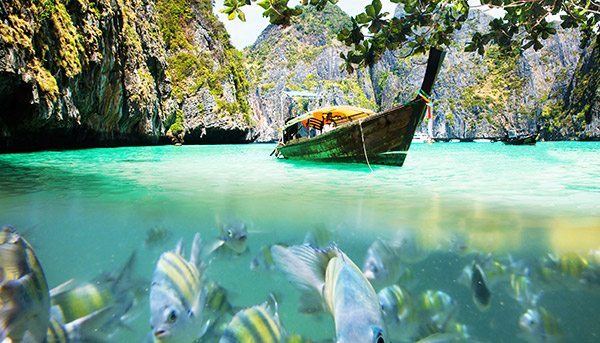 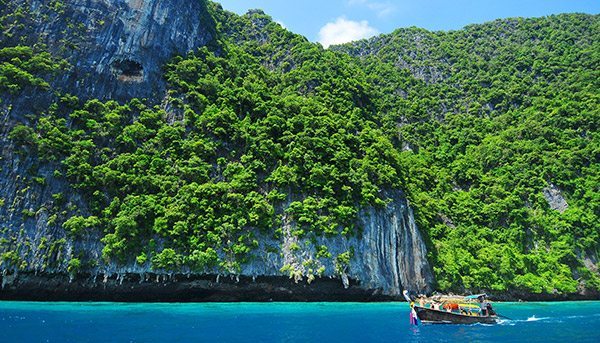 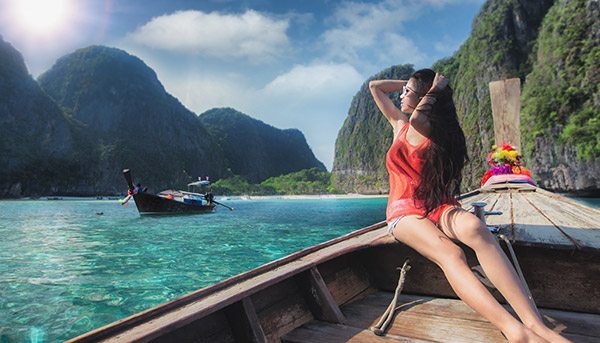 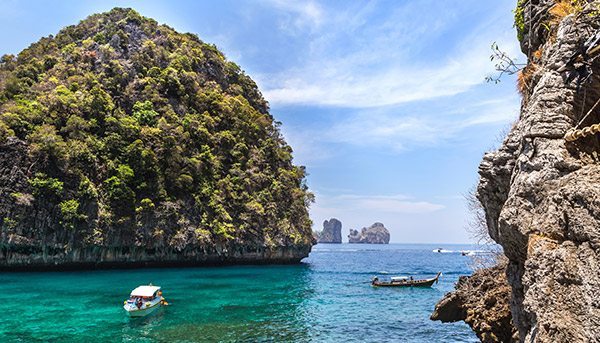 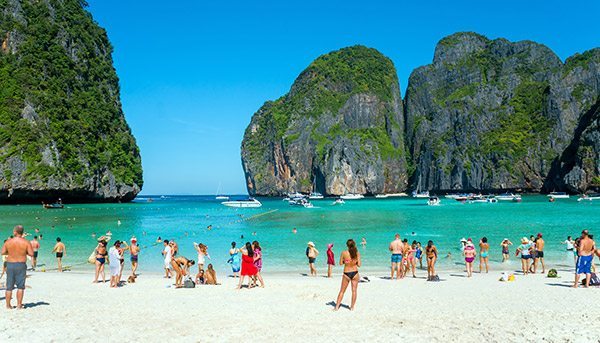 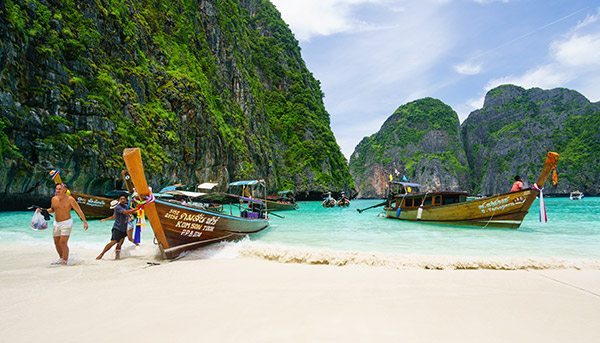